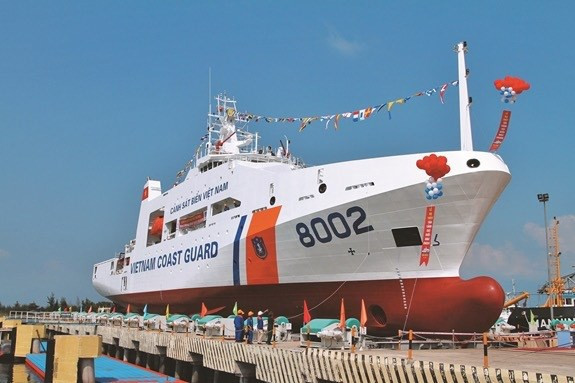 Experts said prices of Vietnamese rice will continue to stay high as economic and political uncertainties will push up food demand. If the export volume is maintained at over 400,000 tonnes each month in the remaining two months, the whole year’s export volume of the agricultural product will reach from 6.8-7 million tonnes. Export businesses were urged to pay due attention to China, a big and promising market of Vietnamese farm produce. Recently, China has made changes in import requirements, from plant quarantine to packaging, tracking of origin and growing area codes. So far, a total of 22 Vietnamese firms have been licensed to ship rice to China, and Vietnam has proposed China expand the list./.

Decline in orders kicking in for footwear, garment, textile industries 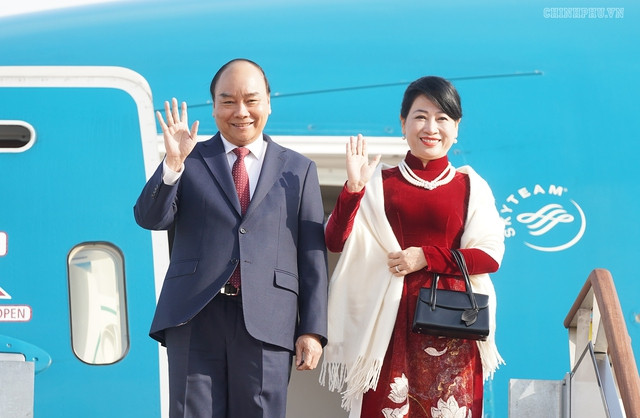 Over 763,000 Koreans visited Vietnam in the past 11 months, showing a 27-fold rise on year, making the RoK the biggest source of international arrivals to Vietnam. For her part, Romanian Ambassador to Vietnam Cristina Romila said Vietnam and Romania have had many dynamic political exchanges, marked by frequent high-level contacts. Vu viewed the workshop as a demonstration of regional commitment to international cooperation to cope with the challenges. The Ambassador emphasized that the upgrading of the Vietnam - Brunei relationship to a comprehensive partnership during the Sultan's visit to Vietnam in March 2019 is the clearest example of strengthening relations between the two countries. The event is organised by the Taipei Economic and Cultural Office in Vietnam (TECO) and the Vietnam National Institute of Culture and Arts Studies (VICAS).

Vietnam sends condolences over the passing of former Chinese leader

In their letters sent to top Chinese leaders and the family of the deceased, they affirmed that, Jiang was an eminent leader of the Chinese Party and State, who was dedicated to the cause of revolution and construction of socialism with Chinese characteristics. He also made important contributions to the normalization and development of Vietnam-China ties. The Party, State and people of Vietnam always appreciate and remember the great contributions of Jiang to the ties between the two Parties and countries, they wrote. They also sent wreaths to the Chinese Embassy in Vietnam in commemoration of his death. On the same day, a delegation of the Vietnamese Party, State, Government, National Assembly, Vietnam Fatherland Front led by President Nguyen Xuan Phuc, together with Prime Minister Pham Minh Chinh, and permanent member of the Party Central Committee’s Secretariat Vo Van Thuong, among others, paid tribute to the late leader and wrote in a condolence book at the Chinese Embassy in Vietnam./.

Illustrative image (Photo: VNA)– The national COVID-19 caseload rose to 11,517,124 with 635 new cases recorded on December 2, according to the Ministry of Health With 145 patients given the all clear during the day, the number of recoveries rose to 10,608,722.Meanwhile, there are 80 patients needing breathing support.No death from COVID-19 was recorded in the past 24 hours. The total fatalities stood at 43,176.With 87,588 doses administered on December 1, the total number of doses of COVID-19 vaccines injected rose to 264,635,919./.

President hosts representatives from organisations of Koreans in Vietnam

President Nguyen Xuan Phuc (R) greets representatives from organisations of Republic of Korea citizens on December 1. (Photo: VNA)– President Nguyen Xuan Phuc met with representatives from organisations of Republic of Korea citizens living and working in Vietnam on December 1, ahead of his State-level visit to the RoK at the invitation of his counterpart Yoon Suk-yeol At the meeting, RoK Ambassador to Vietnam Oh Young-ju said the RoK attaches special importance to the friendly and cooperative relationship with Vietnam, and has high expectations of President Phuc’s visit that it would open up new opportunities for bilateral cooperation in various fields, especially a cooperation framework for a mineral supply chain.Participants shared the view that the Vietnam-RoK strategic cooperative partnership is developing strongly, and people-to-people exchanges are also flourishing, with the Vietnam-RoK Friendship Association and RoK-Vietnam Friendship Association playing a prominent role.The representatives from the organisations of RoK citizens in Vietnam expressed their hope that President Phuc and relevant agencies always support the RoK community in Vietnam and further facilitate investment and business activities of RoK enterprises in the country.The President appreciated the role of organisations of RoK citizens in Vietnam in supporting RoK nationals in the country and deepening the friendship and mutual understanding between the two peoples.He affirmed that the Vietnamese State always takes care of and protects the legitimate rights and interests of the RoK community, as well as creates the best possible conditions for the community.The State leader said the great achievements of the Vietnam-RoK bilateral cooperation after 30 years establishing diplomatic relations prove that the two countries have become very important partners of each other.However, they still have great potential for expanding cooperation, Phuc said, noting his wish to further promote the bilateral partnership. He asked RoK citizens and enterprises to continue fostering the friendship and cooperation between the RoK and Vietnam./.

At the event (Photo: VNA)Illustrative photo (Source: qdnd.vn)– The Vietnam Coast Guard (VCG) will hold a friendship exchange in Hanoi from December 8-11 with the participation of 500.Introducing the programme at a December 1 press conference, Major General Tran Van Xuan, Deputy Political Commissar of the force, said the event aims to enhance mutual understanding, build on trust, and create high consensus in cooperation between the VCG and other law enforcement forces at sea of countries in the region, especially neighbouring countries and those with bordering seas.Participating foreign forces consist of those from the Cambodia, China, Indonesia, Malaysia, the Philippines, and Thailand.The exchange is set to feature courtesy calls, bilateral meetings, a conference, a defence exhibition, and a trip to Hanoi’s historical and cultural destinations.The VCG has so far signed cooperation pacts with equivalent law enforcement agencies of nine countries – China, the US, Japan, the Republic of Korea, India, Cambodia, the Philippines, Indonesia, and Malaysia./.

Vietnam calls for support to Palestine in gaining independence

VNA General Director Vu Viet Trang (R) and PT General Secretary Alberto Anaya Gutiérrez. She thanked PT for always supporting VNA’s resident correspondents to help the agency fulfill its task of reporting the Mexican situation to leaders of the Party and State, and people of Vietnam. As an official news agency of Vietnam, VNA pledged to make active contributions to the relations between the two nations in the coming time, Trang said. In 2012, PT presented a bronze statute of President Ho Chi Minh, which was created by Mexican sculptor Pedro Ramirez Ponzanell, to VNA as a gift. VNA and PT leaders have also regularly made mutual visits within the cooperation framework between the two Parties and States./. 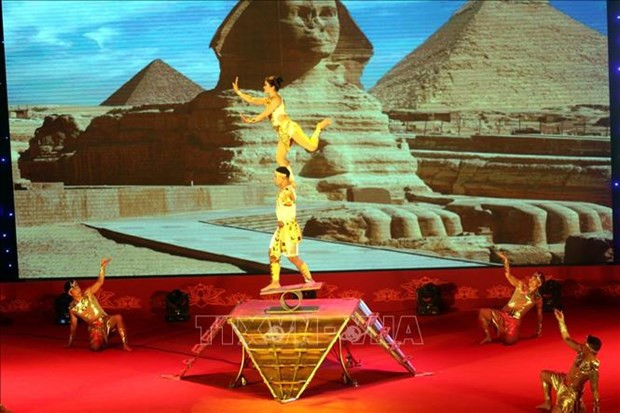 The New Zealand side said it is willing to share relevant experience with Vietnam, contributing to promoting cooperation between the two countries in these fields. Experience in promoting youth development sharedThe first international forum of the National Committee on Youth was held in Hanoi on November 29 to share experience in building and implementing youth development policies. Addressing the event, Permanent Vice Chairman of the National Committee on Youth of Vietnam Nguyen Tuong Lam underlined that developing the youth is an important matter for every nation. Conference discusses humanities in Vietnam - RoK relationsA conference was held in Hanoi on November 29 to look into the humanities in relations between Vietnam and the Republic of Korea (RoK). Currently, Binh is planning some literature projects, including an epic about Vietnam, thereby bringing the image of Vietnam and its people, including historical figures of Vietnam, to the world.

General Director of the Vietnam News Agency (VNA) Vu Viet Trang (R) and Deputy Director of the Granma daily Arlin Alberty Loforte. (Photo:VNA)General Director of the Vietnam News Agency (VNA) Vu Viet Trang on November 29 had a working session with a delegation of the Granma daily - the newspaper of the Communist Party of Cuba (PCC), led by its Deputy Director Arlin Alberty Loforte.According to Loforte, the Granma daily currently publishes 500,000 copies per day and distributed in 38 countries. It also produces radio and television programmes, as well as promotes its presence on social media.Granma wants to learn from experiences in developing model of convergence newsrooms, modern journalism and increase presence on social networks and other interactive information platforms in order to attract young people, and fight misinformation and slander by hostile forces, she said.Through the working visit to the VNA, the newspaper wishes to exchange experiences in digital transformation, how to produce news in cyber environment and access young viewers, she went on.For her part, the VNA leader noted that VNA and Granma share many similarities. She said as the key national press agency providing official information to domestic and foreign media outlets, VNA is developing following the model of a multimedia press agency.The general director briefed the guest on the organisational structure of VNA, with seven source news departments, 10 electronic and print newspapers, one TV channel and one publishing house, along with supporting units. The agency has a network of 63 bureaus in all provinces and centrally-run cities in Vietnam, and 30 overseas bureaus in all five continents, including one in Havana, Cuba.She thanked the leaders and colleagues of Granma daily for their enthusiastic and effective support of VNA's correspondents in Havana, expressing the hope that they will continue to coordinate and support their colleagues from the VNA’s office in Cuba in the coming time.On this occasion, the Granma daily’s delegation visited a number of units of the VNA to learn about VNA's operation model./.

Standing Deputy Minister of Foreign Affairs Nguyen Minh Vu (standing) speaks at the hybrid conference with overseas representative agencies of Vietnam on November 28. (Photo: baoquocte.vn)– The Ministry of Foreign Affairs held a hybrid conference with overseas representative agencies of Vietnam on November 28 with a view to promoting economic diplomacy The conference, the first of its kind and to be held monthly, was chaired by Minister Bui Thanh Son and saw the presence of more than 90 ambassadors and heads of overseas representative agencies.Standing Deputy Minister of Foreign Affairs Nguyen Minh Vu, head of the steering committee for economic diplomacy, said economic diplomacy has had its focus opportunely shifted from vaccine diplomacy serving the fight against the COVID-19 pandemic to socio-economic recovery and development, which has effectively contributed to national achievements in the first 10 months of 2022.However, as the global economic situation is predicted to continue facing difficulties, causing pressure on developing and highly open economies like Vietnam, the Government has high expectations for more contributions by economic diplomacy to macro-economic stability and sustainable growth, he noted.Son said economic diplomacy has become a focal and consistent task of overseas representative agencies of Vietnam.He requested that amid the complex and unpredictable global and regional economic situation, the representative agencies should press on with studying; giving advice; making forecasts; keeping a close watch on global and regional economic developments; conducting in-depth assessment of new economic connectivity initiatives and supply chain shifting trends; seeking opportunities for attracting investment to Vietnam, especially in high technology, green energy, digital transformation, and high-tech agriculture; continuing to help Vietnamese enterprises and localities to enhance relations with foreign partners and businesses; and finding new regions, sectors, and mechanisms to further expand export markets.The minister asked ambassadors and heads of representative agencies to uphold their sense of responsibility towards the Party and people in economic diplomacy, helping the country sustain growth momentum and realise socio-economic development targets set at the 13th National Party Congress.At the conference, participants discussed the prospects and major issues of the global economy, shared information about the situation in their host countries and territories, exchanged other countries’ experience in dealing with macro-economic challenges, proposed measures for attracting investment more strongly and capitalising on the supply chain shifting trend, and suggested ways for expanding and diversifying export markets./.