2 remanded over trafficking of 26 Bangladeshis killed in Libya

Turkey’s President Erdogan is taking on Russia in Libya 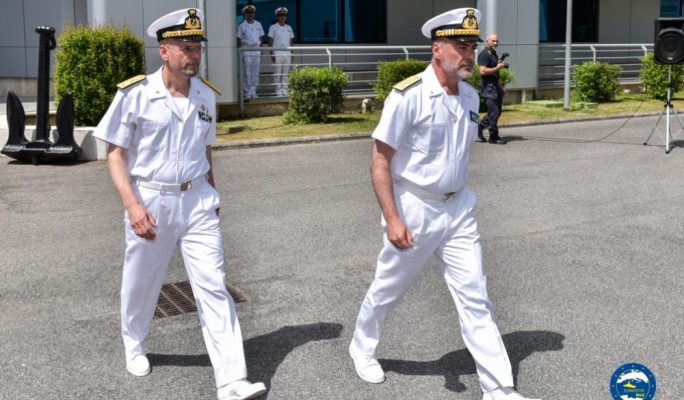 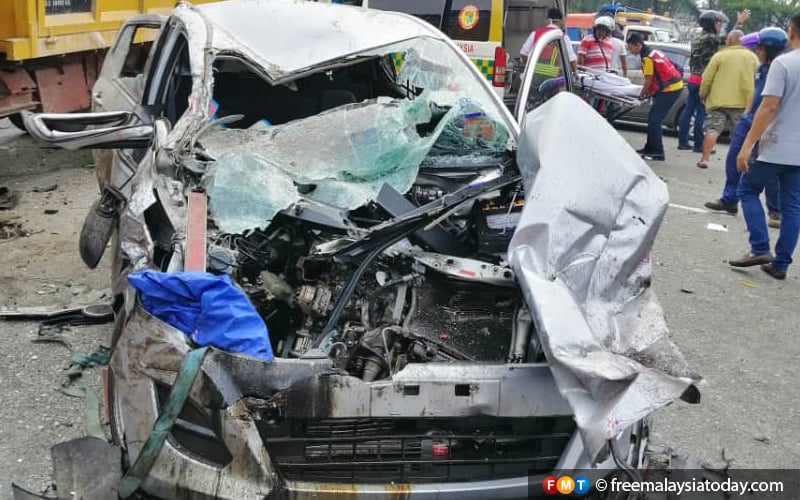 PATHUM THANI: Emergency workers usually busy attending accidents on Thailand’s roads mill around ambulances parked at a service station – fewer crashes and crimes a welcome outcome for several Asian countries during coronavirus lockdowns. As Asia starts to assess the damage caused by the pandemic, some countries are realising there have been unforeseen benefits. Empty coffinsThailand has one of the highest rates of road fatalities per capita in the world, coming second only to war-torn Libya in 2015. Even Thailand’s coffin makers have seen a dip in demand, with one factory reporting orders are down by a third. Deaths from road accidents in Japan fell by nearly 20% in April, while Malaysia saw daily fatalities decrease from 17 to five, according to official news agency Bernama. 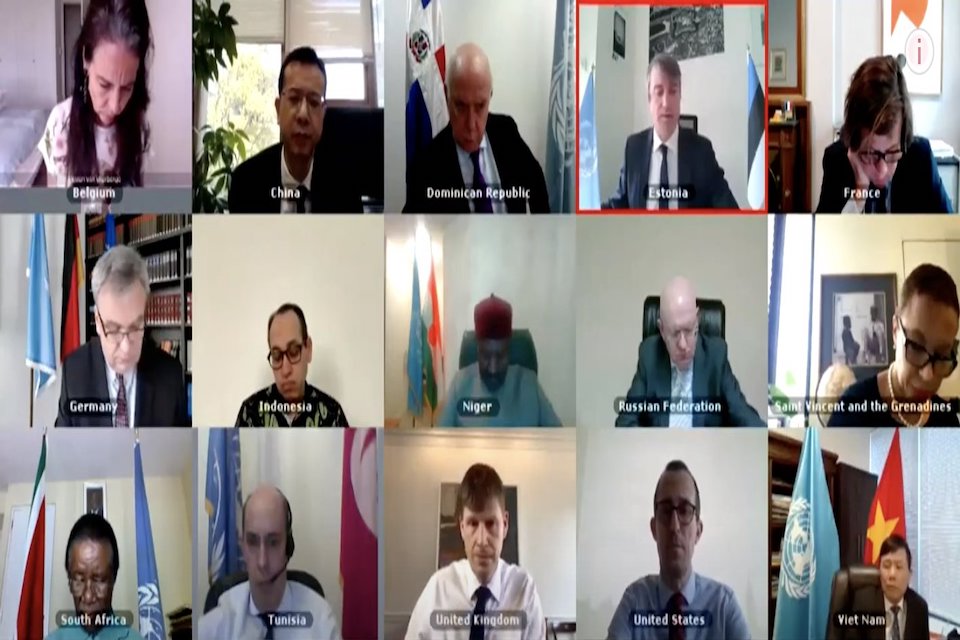 An inclusive political solution in Libya is still greatly needed

Let me start by sharing the deep concern that you expressed, Stephanie, at the significant escalation in hostilities in Libya. And attacks in civilian areas, particularly on healthcare facilities, show a complete disregard for international law and must cease. I also want to reiterate our continuing concern, the deteriorating human rights humanitarian situation in Libya. Efforts to illicitly import aviation fuel into Libya are also unacceptable, and all parties must uphold the integrity and unity of the National Oil Corporation. So an inclusive political solution, as set out in the Berlin Conference, offers the best hope for the stability and future prosperity that the Libyan people need and deserve.

press releasePresident Cyril Ramaphosa will, as Chair of the African Union, participate in a virtual meeting of the AU Contact Group of the High-Level Committee on Libya later today Tuesday, 19 May 2020. The meeting is at the invitation of the President of the Republic of The Congo and Chairman of the AU High-Level Committee on Libya, His Excellency Denis Sassou Nguesso. The meeting will also assess progress in relation to the National Reconciliation Conference scheduled for July 2020 under the auspices of the African Union. Other Heads of State and Government who will participate in the AU Contact Group meeting include President of Algeria H.E. The Contact Group was established to promote the coordination of international efforts in pursuit of a lasting solution to the Libyan crisis.

Resignation Of The Admiral Cihat Yaycı Has Been Accepted

According to the statements, it is stated that the Ministry of National Defense accepted the resignation of Major General Cihat Yaycı. The Turkish Navy has been representing the Turkish Armed Forces' visionary wing for years. The biggest factor of this situation is the visionary and well-trained officers of the Turkish Navy. The architect of this agreement is the Admiral Cihat Yaycı, whose name we often hear today. In Libya today, the Watya airbase has been taken over by the country's legitimate government.

Malta’s withdrawal from the EU operation Irini last week indeed attracted some form of retaliation. Peter Agius, a Nationalist Party candidate for Europe, and an expert of EU affairs working in Brussels, thinks Malta’s withdrawal from Irini has been rash. The same holds true for France, which thinks stability will come quicker in Libya through a strongman like Haftar. Malta should be wary of Turkey’s interests in Libya too: is it stability that Recep Erdogan wants, or Islamist influence inside the government? This alone illustrates the perils of Malta forging its own path with Turkey and the GNA for the sole end of controlling migratory flows. 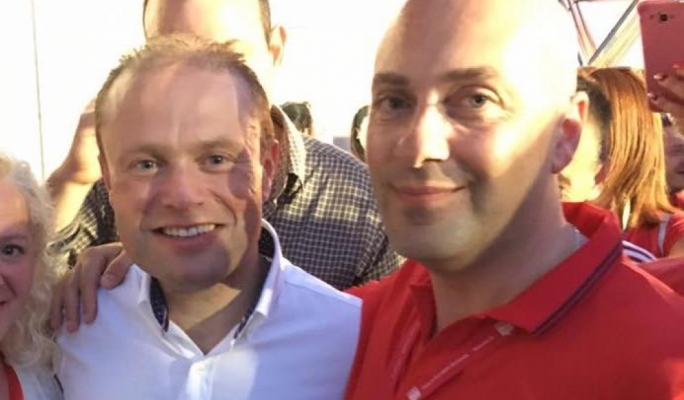 The Neville Gafà affairThat was how Muscat played the double game – by exercising what was in effect a pushback before migrant boats entered Malta’s SAR area, and playing the innocent virgin when some did 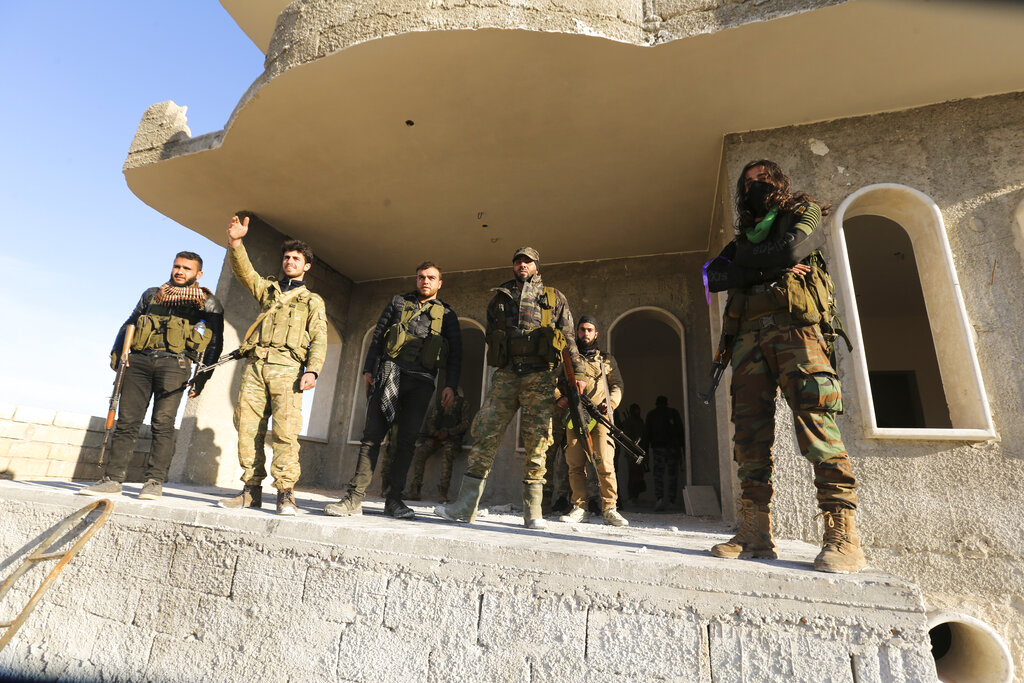 Syrian rebel and regime forces are still fighting in Libya 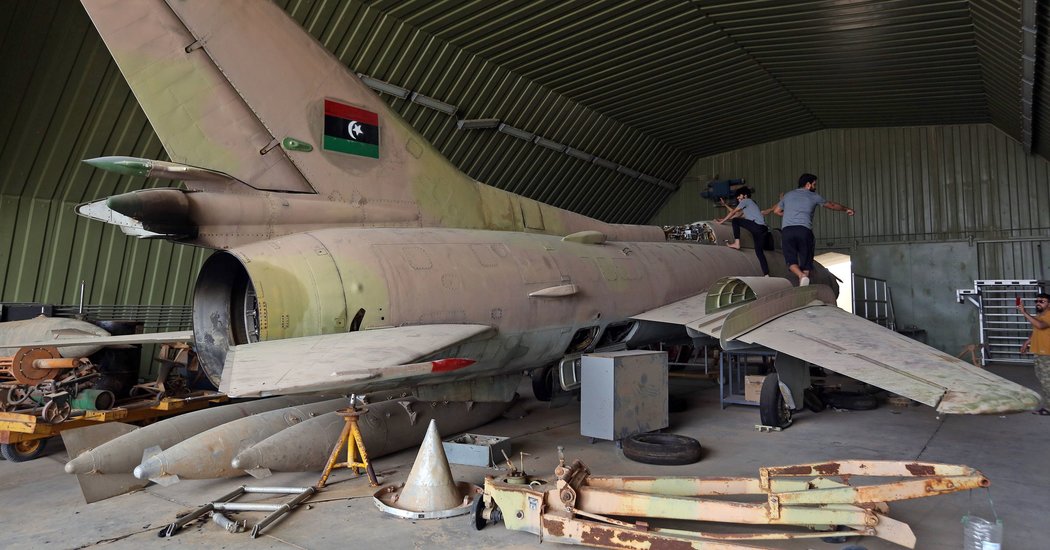 “Today’s victory is not the end of the battle,” he said in a statement. The development is a heavy setback for the eastern-based militias, the so-called Libyan Arab Armed Forces led by Gen. Khalifa Hifter, after a series of recent losses. In April, the Tripoli-allied forces seized control of the city of Sabrata and the town of Sorman, west of the Libyan capital.

Haftar’s forces did not immediately confirm their retreat from the base, but pictures taken by AFP at the scene showed GNA troops inside the base. – ‘Unwinnable war’ –Prior to seizing Al-Watiya, GNA forces pounded it from the air using drones supplied by Turkey, while also bombarding the town of Tarhuna. GNA forces spokesman Mohamad Gnounou said loyalists had destroyed three Russian-made anti-aircraft systems in the airbase since Sunday, before the missile defences could be deployed by Haftar’s forces. Haftar’s forces had occupied Al-Watiya since 2014, and used it as a launchpad for air attacks on GNA positions. The capture of the base “frees up GNA forces from western cities to move to frontlines south of Tripoli.

CAIRO, May 18 – Forces aligned with Libya’s internationally recognised government took control of an air base south-west of Tripoli on Monday after a sustained assault, in what could be their most significant advance for nearly a year. Watiya air base, 125 km (80 miles) from the capital, has been an important strategic foothold for forces loyal to eastern-based commander Khalifa Haftar, who launched an offensive to capture Tripoli in April 2019. Footage posted by GNA forces on social media showed them driving down runways at the base unhindered. GNA forces said it was the third they had hit in two days. The capture of Watiya will further boost morale among GNA forces that were on the back foot late last year, and GNA Prime Minister Fayez Serraj signalled they would try to build on the advance.

CAIRO – Forces allied with Libya’s U.N.-supported government said Monday they have wrested control of a key military base on the outskirts of the country’s capital from their rivals trying to capture Tripoli. Col. Mohamed Gnounou, a spokesman for the Tripoli-allied forces, said they retook the al-Waitya airbase in the city´s southwestern desert reaches. The Tripoli-allied forces have been trying for weeks to take the base, stepping up attacks by Turkish-supplied drones. Meanwhile, Hifter´s forces have sustained heavy losses recently – in April, the Tripoli-allied forces seized control of the city of Sabrata and the town of Sorman, west of the Libyan capital. The Tripoli forces have repeatedly attacked Tarhuna, a stronghold for Hifter, in recent weeks.

Reuters/Cairo* Watiya air base was strategic foothold for eastern forcesForces aligned with Libya's internationally recognised government took control of an air base south-west of Tripoli on Monday after a sustained assault, in what could be their most significant advance for nearly a year.Watiya air base, 125 km from the capital, has been an important strategic foothold for forces loyal to eastern-based commander Khalifa Haftar, who launched an offensive to capture Tripoli in April 2019.The campaign sharply escalated a long-running conflict between factions based in eastern and western Libya and caused a surge in military intervention by foreign powers.Forces aligned with the Government of National Accord (GNA) had taken full control of Watiya, Osama Juweili, a top military commander, was quoted as saying by official media early on Monday.The GNA posted footage posted on social media appearing to show its forces driving down runways at the base unhindered. The forces also posted a picture of what they said was a captured Russian-made Pantsir air defence system mounted on a truck at the base, as well as an operating manual in Arabic.A separate video post showed the purported destruction of a another LNA-held Pantsir from the air as it was being transported by road in the early hours of Monday.GNA forces said was the third they had hit in two days. The video could not be independently verified and the LNA has in recent days denied at least one other GNA claim it had destroyed a Pantsir.There was no immediate comment from Haftar's Libyan National Army (LNA) on the loss of Watiya, but LNA military sources confirmed that they had withdrawn after the base had come under intensive bombardment.The advance comes after GNA forces pushed back against their rivals in recent weeks with increased support from Turkey, capturing towns on the coast west of Tripoli last month.Haftar's LNA and its allies still control eastern and southern Libya, including most of the country's oil facilities, which they have been blockading since January. They also hold Sirte, a city at the centrepoint of Libya's Mediterranean coastline, which they overran at the start of the year.The capture of Watiya will further boost morale among GNA forces that were on the back foot late last year, and GNA Prime Minister Fayez Serraj signalled they would try to build on the advance. "Today's victory does not constitute the end of the battle but brings us closer than any time before to the bigger victory, the liberation of all towns and regions and bases," he said in a statement.The LNA, which is backed by the United Arab Emirates, Egypt, and Russia, has been unable to make significant progress from the outskirts of Tripoli since early on in its campaign.It lost Gharyan, its main forward base south of Tripoli, in its biggest reversal to date in June 2019, but continues to control Tarhouna, southeast of the capital.International efforts led by the United Nations to broker a ceasefire and negotiate a political settlement in Libya have so far come to little, as foreign powers have flouted an arms embargo to send in more weapons and operate drones.About half of the 400,000 people who have fled their homes since Libya's uprising in 2011 were displaced since the start of Haftar's offensive last year, according to UN estimates.

Members of Libyan National Accord Government (GNA) militias ride in military vehicles on the outskirts of Tripoli, Libya April 10, 2019. REUTERS/Hani AmaraCAIRO – 18 May 2020: Tripoli militias took over Oqba Bin Nafea Airbase located in Al Watiyah area western Libya from the Libyan National Army (LNA) on Monday, according to Russia Today that citing Sky News.In April, LNA Spokesperson Ahmed al-Mesmary stated that the militias had been attempting to take over the airbase as it can be the substitute of Mitiga Airbase if taken over by the Libyan Armed Forces that lie few kilometers from it.In the same month, the LNA downed 60 Turkish drones piloted from Mitiga Airbase. In December, the Government of National Accord (GNA) and Turkey signed two MoUs on defense and gas drilling in the Mediterranean.As a consequence, Turkey brought into Libya thousands of Syrian mercenaries to fight in the ranks of militias protecting the Tripoli-based GNA, which is an interim non-elected government that is recognized by the United Nations.Turkey also brought Turkish military experts and officers to command the operations rooms of militias, which have been controlling only Tripoli and Misrata since the LNA restored Sirte in January.Fighting has been ongoing as the LNA has been encircling both cities and advancing in their suburbs while militias have been targeting its concentrations.The LNA destroyed in April a number of vehicles and equipment in Assa district as militias had been mobilizing to enter Al Watiyah district.On Sunday, the Syrian Observatory for Human Rights (SOHR) reported that Turkey had transported into Libya until present 9,000 Syrian mercenaries, and that a large portion of them were receiving training on Turkish territories. Of those, 298 were killed in battles, including 17 minors.On May 6, the LNA declared the launch of Ababil Birds operation without any mention of details. That is in response to the crimes committed against the Libyan people, and forfeiture of the country's sovereignty by bringing in Syrian mercenaries.